A child is the future of a society, nation, and world. Every child deserves love, care, affection, and education.  But at times, these children are deprived of such privilege. Children are lured away to perform unlawful acts and remain unnoticed because of their age. 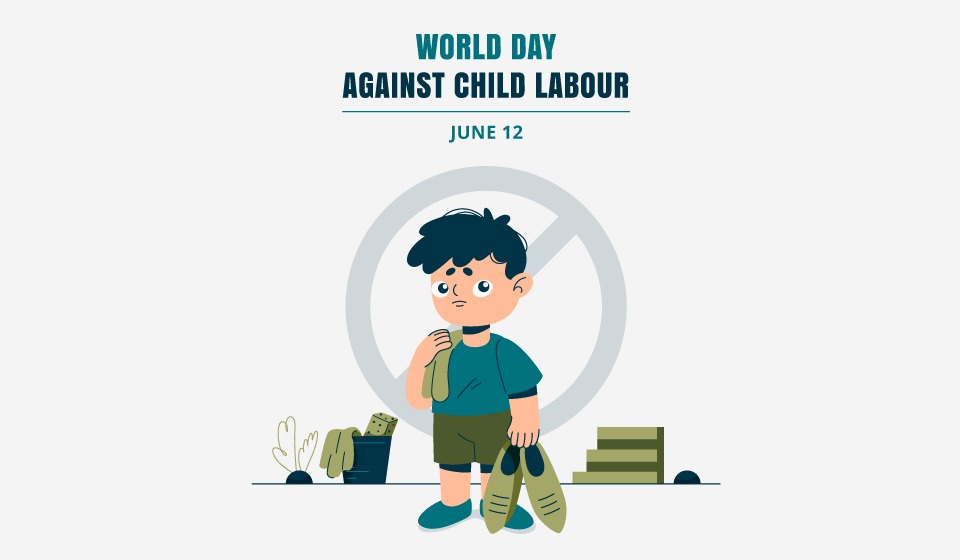 WHY CHILD LABOR AND ITS SUBSEQUENT PROBLEMS

A child is the future of a society, nation, and world. Every child deserves love, care, affection, and education.  But at times, these children are deprived of such privilege. Children are lured away to perform unlawful acts and remain unnoticed because of their age. Children are wrongfully promised about their safe and healthy future, proper lifestyle, and nutrition, and eventually end up being caged. Currently, more than 152 million children are prey to child labor, working in mines, brick kilns, chemical, and pesticide industries, or are victims of child trafficking and slavery. These children go through immense physical and mental torture, harassment, abuse, and violence, leading to psychological and chronic diseases. Each and every country in the world are associated with the shame of child labor.

CHILD LABOR PROBLEMS IN INDIA AND GOVERNMENT MEASURES TO ERADICATE IT

UNICEF requests governments of every country to stop child labor with immediate effect. In developed countries, a child isn’t allowed to work before the age of 14, and mid-day meals are provided to children in schools. In developing countries this is a major concern and education and literacy is the only way to break this cycle. In India, the National Child Labor Policy (NCLP) was approved by the Cabinet on 14th August 1987 on the 75th Year Plan period. The basic motive was to bring the affected children back to the mainstream and originating a better and safer place for them.

In a vast country of more than 130 billion, India is a unique hub of child labor. According to the 2011 census report, 10.1 million children out of 259.64 million (age group 5-14) within India, are victims of this torturous and explicit social predicament. At present, states like Nagaland, Sikkim, and Himachal Pradesh are the most affected by child labor.

The Child and Adolescent Labor (Prohibition and Regulation) Act, 1986, states that a ‘child’ is one below the age of 14, and cannot be employed in any occupation, including the unrecorded and unnoticed domestic field. It is a criminal and punishable offense to employ a child below the age of 14.

It is evident that more children in third-world countries are being forced or tempted to child labor than the modernized and industrialized ones. These children start working at an early age to cater their daily needs, yet remain unrecognized, unprotected, and exposed to risks, sometimes which can be fatal. The government of India has undertaken several projects and schemes to eradicate child labor. National Child Labor Project (NCLP) Scheme is one where children between the age group of 9-14 are taken back from their tormented activities and are given basic education, vocational training, health-care facilities, awareness, and knowledge about the surroundings, for their betterment and self-sustainability. According to the last Census data, 3.9% of children are victims of child labor. The count varies because of the informal domestic working sectors, as the data there lacks authenticity.  The ray of hope is the count of child labor in India has decreased by 2.6 million between 2001 and 2011, and GOI wants to terminate child labor by 2025.

ROLE OF NGO’S IN CHILD LABOR ELIMINATION IN INDIA

Lakhs of children in India are forcefully working in professions to meet their day's end, and instead of ruining their long-term future and self-sustainability. Non-government organizations (NGOs) can solve this topsy-turvy situation by creating awareness, encouraging policy reforms, freeing children through grassroots missions, and controlling exploitation during any disaster or natural calamity. NGOs keep pushing commercial enterprises to stop employing children below the age of 14 and fight at the state and national level for their fundamental rights. They fight against labor, abuse, violence, corporal punishment, and trafficking by directly interacting with vulnerable communities. Taking help from police and state governments, NGOs like CRY (Child Rights and You), CHILDLINE India Foundation, Save The Children India, etc. try to curtail and abolish child labor. Child labor is high amongst tribes, scheduled castes & other minority castes and this is a serious challenge in the next few years. Proper schooling, parental care, and affection, sympathy, compassion, mutual understanding can change the scenario of these children and bring a ray of light, hope, and positivity in their lives, transform their future and safeguard the future of this nation.

TrackBee as an authentic data collection tool has been used as a monitoring tool in various social development projects. Its Android and iOS application is used to collect data from the field online as well as offline. Data collected using mobile app automatically sync with backend server once internet is available. Once synced, MIS Officer in the backend can check these data live in the TrackBee MIS Dashboard and if required he/she can download the data in Excel, CSV & SPSS for further analysis. Using TrackBee, NGOs can showcase tangible results and exhibit discernible improvements in the lives of the beneficiaries with a piece of clear data evidence.