JavaScript is not enabled, please check your browser settings.

Why to choose mobile based survey tool over pen and paper 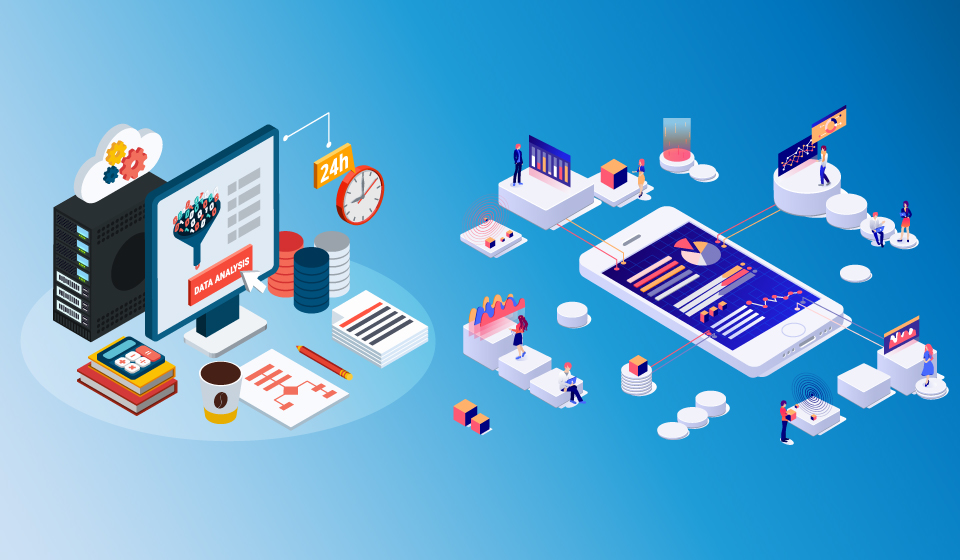 Why to choose mobile based survey tool over pen and paper

In this world of race, where everything is about competition and coming first, especially after the introduction of Information Technology, a new door of modernity and advancement has opened up to human lives. Earlier the work that took hours and days to be done is now a matter of a snap. People are now habituated to a fast life with rapid and speedy solutions. Like in the case of data collection, an enumerator will choose a mobile-based online survey over a pen and paper survey as the first-mentioned method is a rapid one compared to the latter. The convenient and helpful side of data collection is, it is the easiest way through which a company or an organization lands up to a firm and affirmative decision with further study, analysis, and research. Without data collection, a business would simply bump and trip over around the four walls of a dark corridor, applying the outdated techniques to come down to a decision. Authentic and cream data is a well-grounded and fruitful way to aid correct decisions and drive sales. Updated data with accuracy assists one to safeguard the financial side that would otherwise be spent on unproductive decisions, plans of actions, and tactics. Data collection can be practiced by the digital process or manually set instructions. The first-mentioned process is much easier and time-saving as the whole operation is being done mechanically, while the second process incorporates a lot of effort followed by several scrutinizing, forwarding, and ultimately uploading, as the whole of it is done by hands and time extending too. As the mobile application is already installed into the smartphone, it turns into an absolute hassle-free method. On the other hand, from the name itself, it can be derived that pen and paper are required for overall data collection. But while conducting the second method, the double effort has to be put in as individual data entry is being done in a computer which both are time-consuming and expensive.

In case of an online survey, different software choices are available with a wide variety of packages and worth; for an instance, if a sudden survey of a new brand of biscuits is required within a very short period with a sample size of 300 to 400 samples, the only viable option in hand is taking the help of a digital platform. While in the latter one, separate software will be required, otherwise manual entry needs to be done in a spreadsheet.

In a mobile survey, there is no requirement for printed impression as the data gets stored in the mobile device itself; whereas in Pen-and-Paper, Personal Interview (PAPI) survey printing becomes mandatory as paper sheets are used to gather and note down verbal reactions. The cost incurred is high and each time the forms need to be issued for any alteration and new addition, the cost increases further.

In an online data collection, validation checks are available within the mobile application. Simple guidance or training is required to be given to the enumerator for him/her to work efficiently. While again Paper and pen data accumulation process is an excessive time-devouring training span. To master that skill, the enumerator has to have time and tenacity as there will be innumerable logic and validations which the enumerator must keep in mind at all times. Also, as the data entry will be quite complex. It will become a highly challenging job to enter all the data with 100 percent accuracy, which is easily achievable with a mobile survey.

In the context of online data collection, templates can be formed and customized according to the requirements in the software easily which helps the field executive to collect the data and understand the requirements easily.

In the later one, hard copies have to be produced, to conduct the survey before collecting data. The template will clarify every variable or query for specified entry in the spreadsheet along with customized logic. It is frequently being done post-survey launch.

In the former discussed process, multiple question types are available be it a single choice, multiple choice grid-based, uploading image, signature, recording audio, and many more.

While in the latter method, maybe a variety of one or two types of questions is offered. Few options are there to choose and no provision for adding up images or recording audio, as these have to be done digitally.

In mobile data collection, survey data is typically stored in a mobile device, which anytime can be synced to the backend database of the server. The responses can be retrieved through a secured URL where probabilities of data loss or theft are comparatively low, as it is end to end encrypted.

Whereas in the PAPI technique, high chances of data mismatch and loss are there, as data is collected by a field person, who may not be present or involved at the time of entering the data.

Digitization of data is done instantly after the collection process. But in the latter one, data entry becomes hasslesome and extremely time-consuming as after the entry, it’s being checked over and over for rectification if any, data fill, and then validation.

In mobile data collection, the quality of data is better as validation with skip logic and pre-checks options are available. Constraints and boundaries can be set in order to prevent incorrect data and fake enlistments. The enumerator would not have to decide on the flow of the upcoming question.

On the other hand, the quality checking process is being done by the QA team, followed by revising all the data minutely, later sending those to the field team for further rectification.

In the former technique, the whole data cleaning process doesn’t require any programmatic method rather can be done as soon as data is being entered into the system. For the latter, data cleaning becomes time taking as all the data has to be assembled and then inserted into Excel for permanent removal.

Online data can be cleaned off and uploaded at the same moment or almost the next day. In the latter, data becomes accessible post being uploaded on the server after which it is cleaned. In the former, the data may be available after several weeks or months.

Geotagging helps out the survey engine a lot by establishing a connection between the images and the location of what it portrays or where and when has it been captured or maybe both. In the case of the digital process, the exact location of the data collector can be tracked by enabling a GPS mechanism inside the mobile device which helps to determine whether the appointed field person was present in that location for collecting data.

But in the latter one, there absolutely is no scope to make out whether the enumerator collected the submitted data really from the spot or somewhere else.

Lastly in the formerly mentioned technique, real-time analysis of data is feasible just because the data entry, a quality check is done at the same point.

READY TO KNOW HOW WE CAN HELP?

Looking for something that’s not listed here? Let’s chat. Please fill the form and let us know your queries.